Some tips to get most out of Telegram

Filed under #howto and #telegram

I use Telegram messenger a lot both to communicate with my family, my friends and my future self.

I am not totally happy with it: between the

I do sense there is room for a lot of things to go sideways.

That said, here are some advanced tips:

BTW: If anyone wants a nice business idea, here's one:

What I miss from write.as

I think I signed up for write.as about a year ago.

I like it a lot, for these reasons and probably more:

Filed under #observations, #messaging and #psychology

When attempting to enforce real name policies in online foras discussions tend to get dumber.

I guess because real name policies work better against smart and nice people than against trolls.

I also wonder if, just like how people in nice cars on average seem to behave badly more often, people who have little to fear (powerful, has correct opinion) has a tendency to behave badly online more often. But I don't have data (yet at least).

I think I can remember hearing about wt.social mast fall sometime but I never gave it a try back then.

I should probably go back someday to test it again.

Background: I am always looking for an alternative to Google+ (the social network, not the identity feature).

Over the two last years or so I've tested: – writefreely/write.as (kind of works. Really slow sometimes. Lacks a bunch of features, particularly some kind of comments, preferably from the Fediverse I think, but I am still a happy customer.) – mastodon, more specifically mstdn.io (it is more like Twitter, a nicer Twitter but still built on the same paint-yourself-into-a-corner ideas as Twitter.) – pixelfed (Instagram clone with a focus on creating good software instead of focusing on making Mark Zuckerberg happy.) – MeWe (kind of similar, but far from as nice) – Minds (my impression last time: polished, some interesting features, but between neo-nazism, plain old racism, lunatics and lunatic racists it almost set a new standard for both dumbness and unpleasantness. Unfortunately it is hard to beat certain chan sites at their home turf though.) – Hubzilla (seems really promising but despite experimenting with my own hub, trying to join a number of others etc I haven't been able to connect to a single human being that was online and posted in English. FWIW Norwegian, Danish or Swedish would have been OK too. Still it is one of the most promising ones in my opinion.) – Matrix (Also on my list of promising messaging solutions I want to try on a day when I get some uninterrupted time. I really want to like it.)

Marketing doesn't have to be abusive

Filed under #advertising and #marketing

This happens, people get fooled into traveling halfway across the globe to stand in line and finally take a photo of what turns out to be a mirror, or something mirror-like:

My hopes & dreams were shattered when I found out the “water” at the Gates of Heaven is actually just a piece of glass under an iPhone 😭 pic.twitter.com/oiahI5VCIo

It really isn't news anymore that marketing has been abused to drive demand for products that aren't what people need, or even want.

I've seen several people argue that advertising is generally evil but I don't agree. I'd argue that there's even great potential for doing advertising that does good for both humans and the environment.

As an example I would like to mention the shuttle bus that used to pass 100 meters from my house and pass right next to my workplace at that time – and that I wasn't aware of until the local newspaper told it was shutting down. It could have been a good idea if more people was aware of it and could have used it instead of either driving to the train station like I did or even driving all the way as some people do.

Another example would be those who sell spare parts or repair services, or to advertise for reduce, reuse, repair like the (otherwise very commercial) marketplace finn.no does: 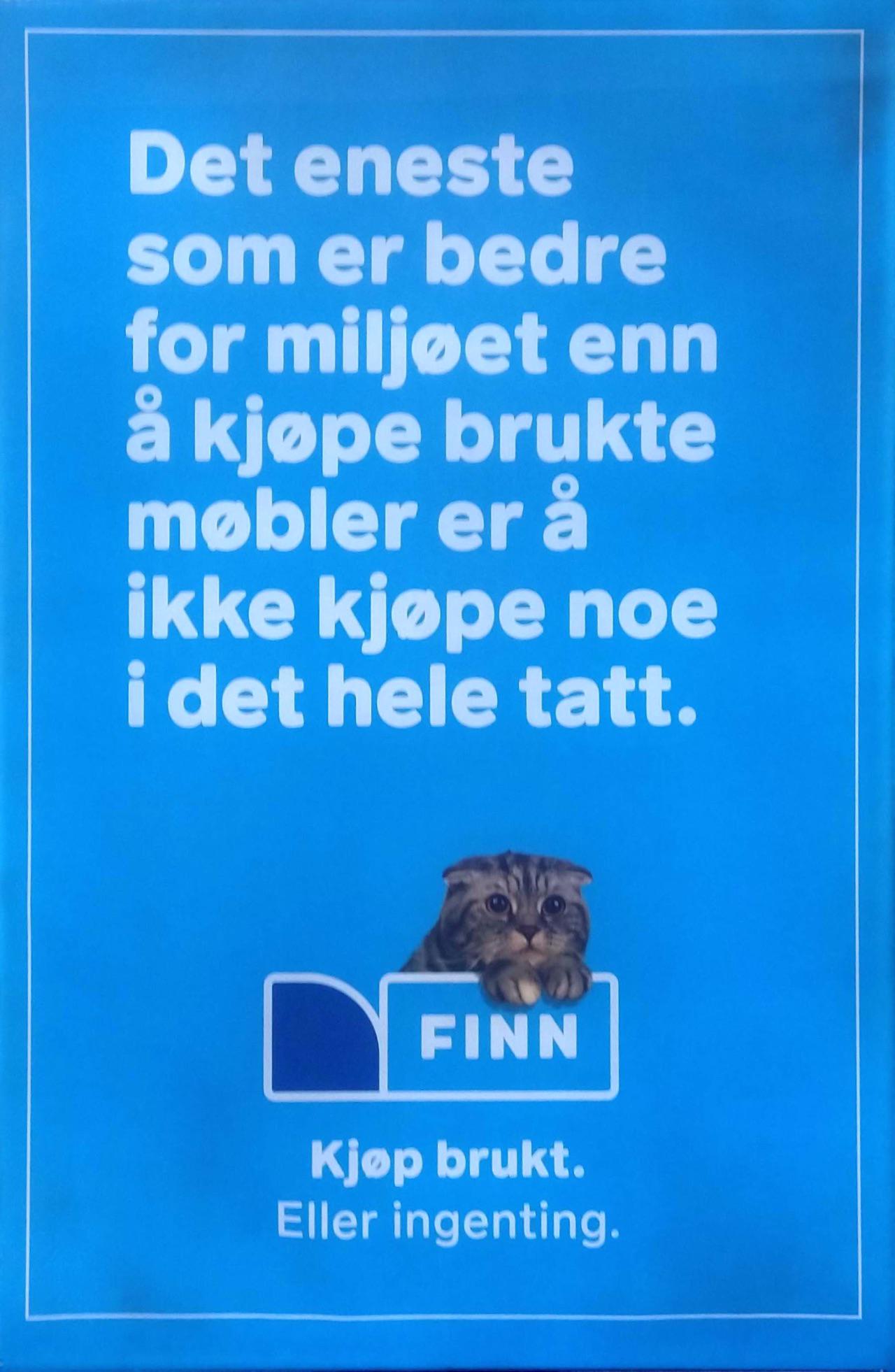 Above: An ad saying: The only thing that is better for the environment than buying used is to buy nothing at all.

And just last day I saw an ad for walking as a solution to mental health problems. Nothing to buy, nobody to vote for, paid for by our politicians or probably bureaucrats , doing what they are supposed to do: figuring out good solutions to hard problems, in this case mental health and health generally.

If you wonder when I'll get around ro the catch, there isn't one as far as I can see: it is pure win-win:

As peoples health increases, people become more happy which is good for them. They probably become more productive at work and spend less time away from work which means companies wins as well. Society at large wins as well when everyone wins.

Now media, can you please take back a bit of control and prioritize these kinds of ads? Until then I'll mostly keep my ad blockers on and updated for everyone.

Because I'm seriously fed up with seing “personalized” ads that seems to be health scams, clickbait farms and dating site scams, ads that are insults to me personally, my wife and my family, all men generally and to a certain degree: all of mankind.

Filed under #lifeInNorway and #seasons

The 10. of December feels way too early for that, but to our defence, in both cases it was people we likely won't see again before next year. 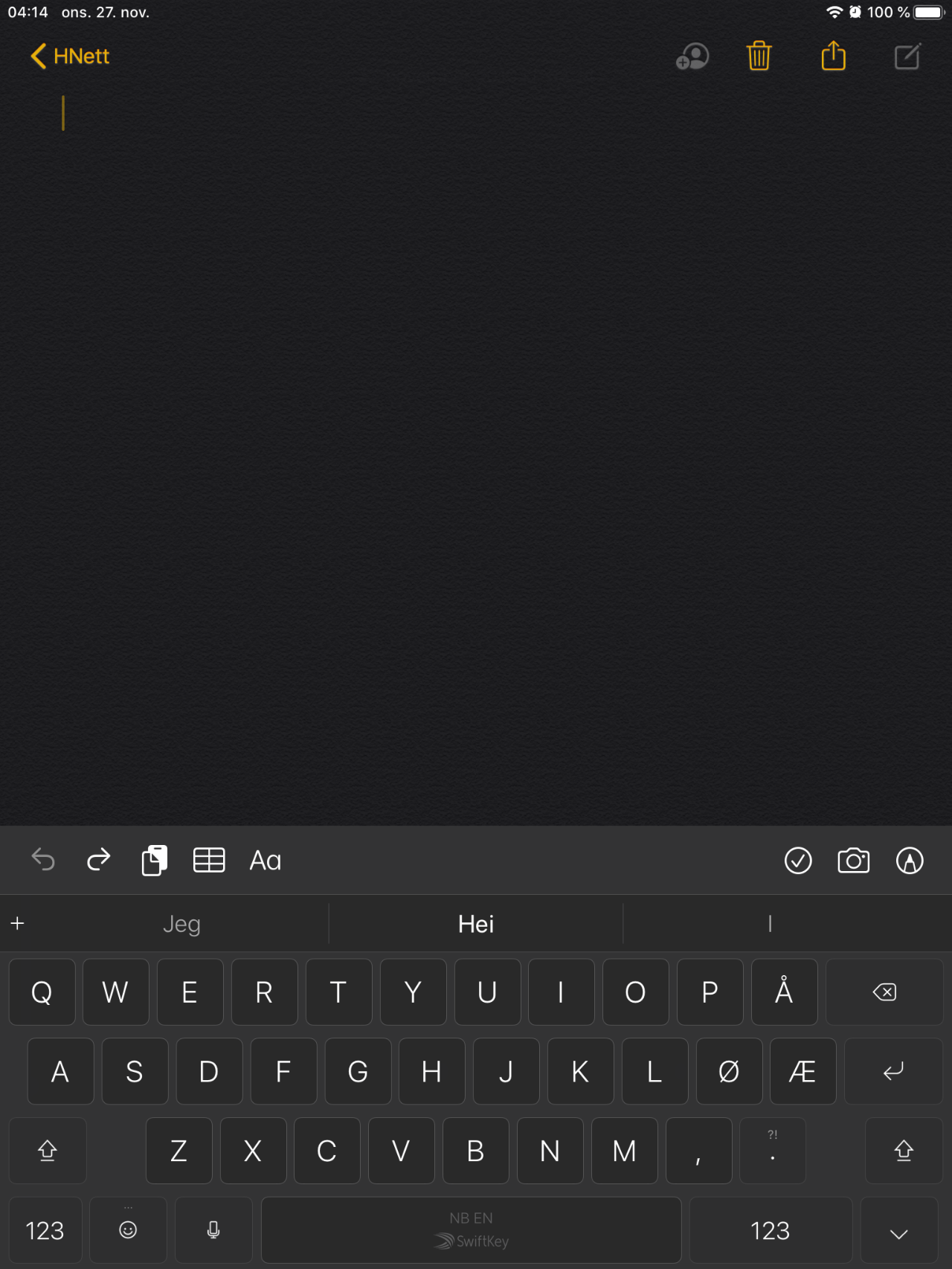 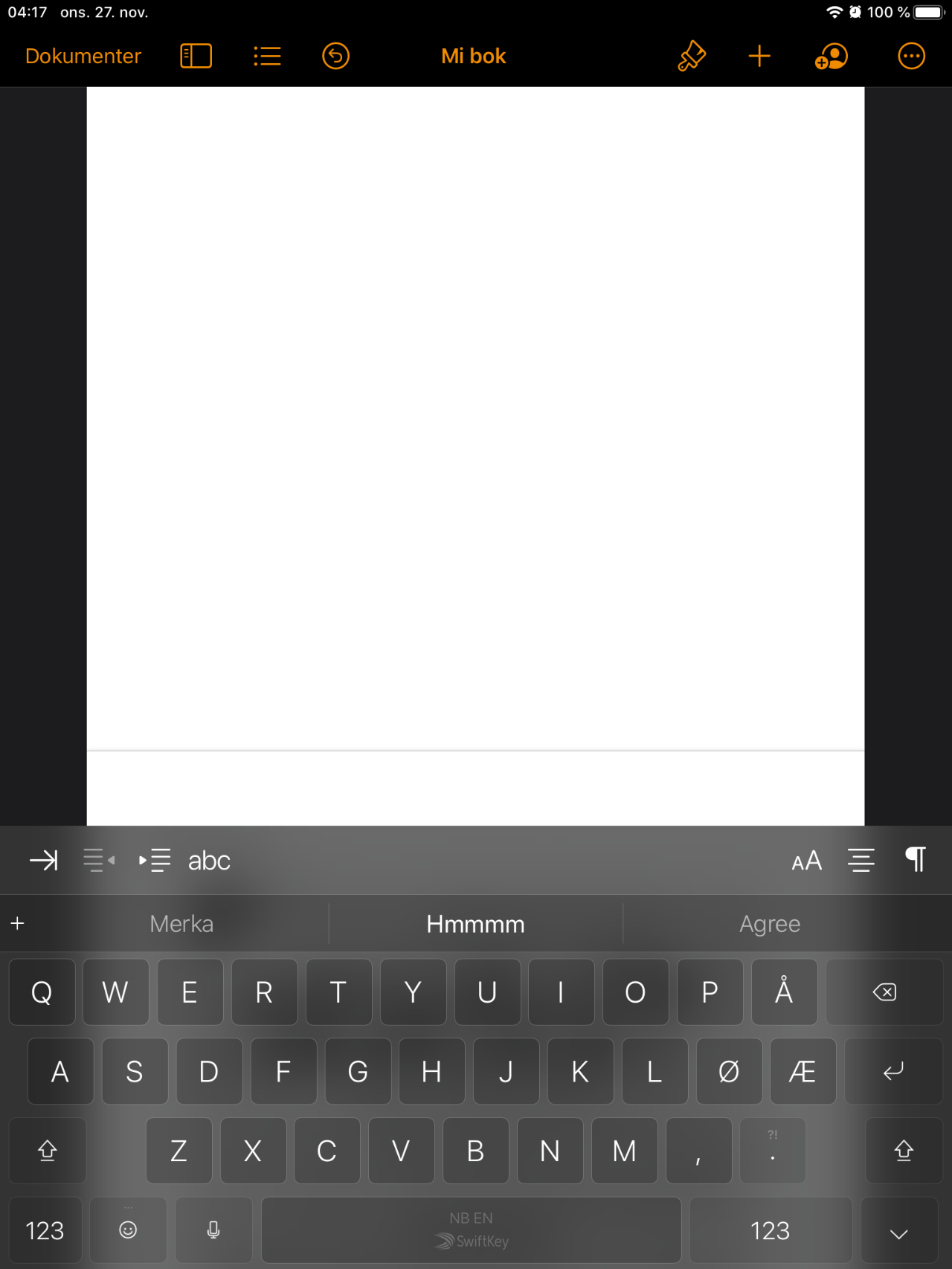 When you are unable to help

Filed under #tumblelog, #warstories and #consulting.

I refactored the code from untested and untestable, to testable with 40% test coverage. The senior architect is refusing to merge because the test coverage is to low.

The whole post contains more examples but is still short and might be well worth reading as well if you are or have been frustrated with people or companies that seems unable to receive help, even when the solution is straightforward.

Here's my (not so) favorite a few years ago: a small, struggling company having on average 3 – 4 people stuck with manually copy/pasting into customer Excel reports at any time. I point out that the data is already available in a central location and suggest they ask one of their in own developers to add CSV output or something at that point.

Their answer: I hear you guys are busy, should we hire one more? (A few months later they fired a bunch of people as the market dried up somewhat.) 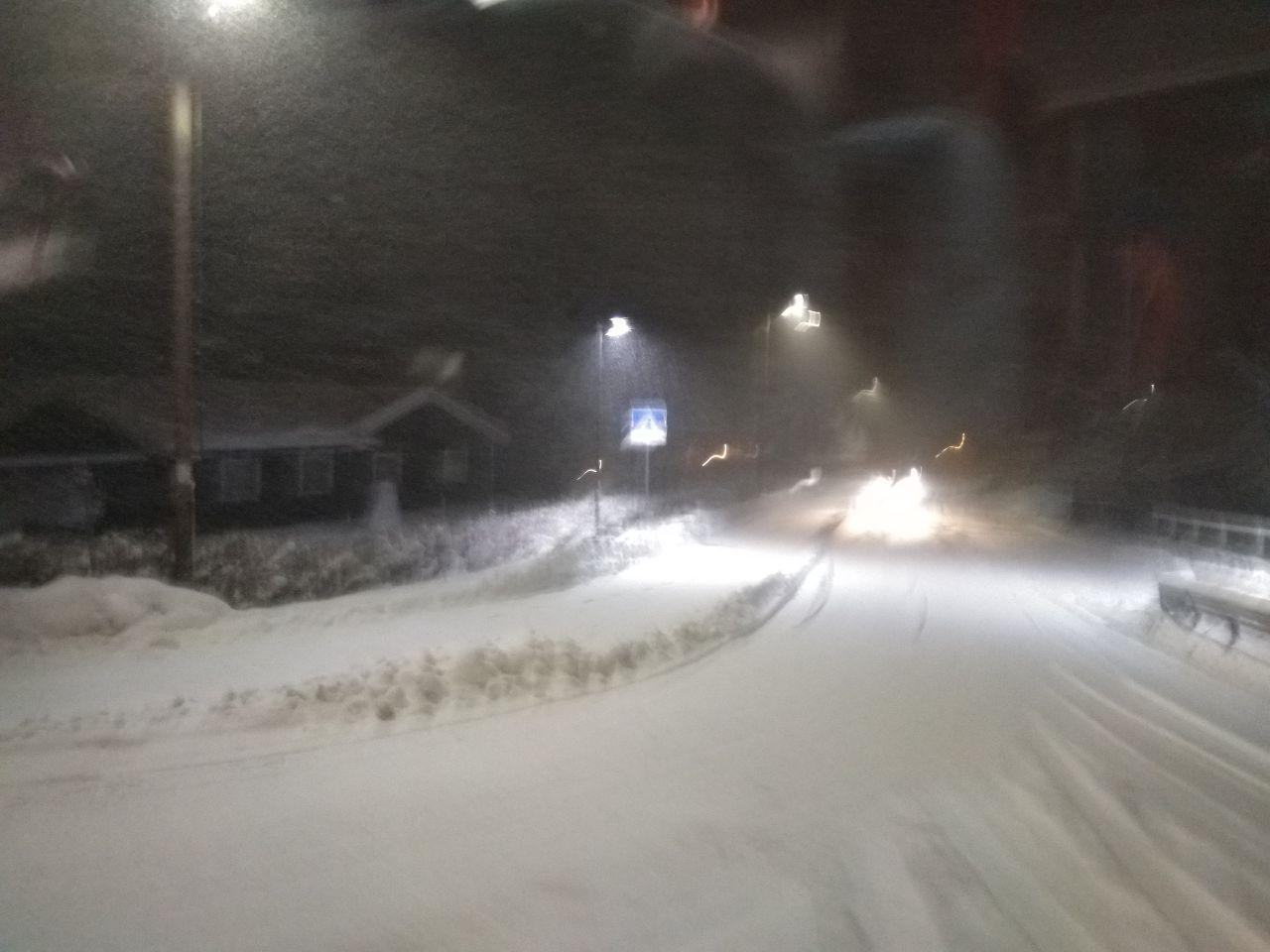 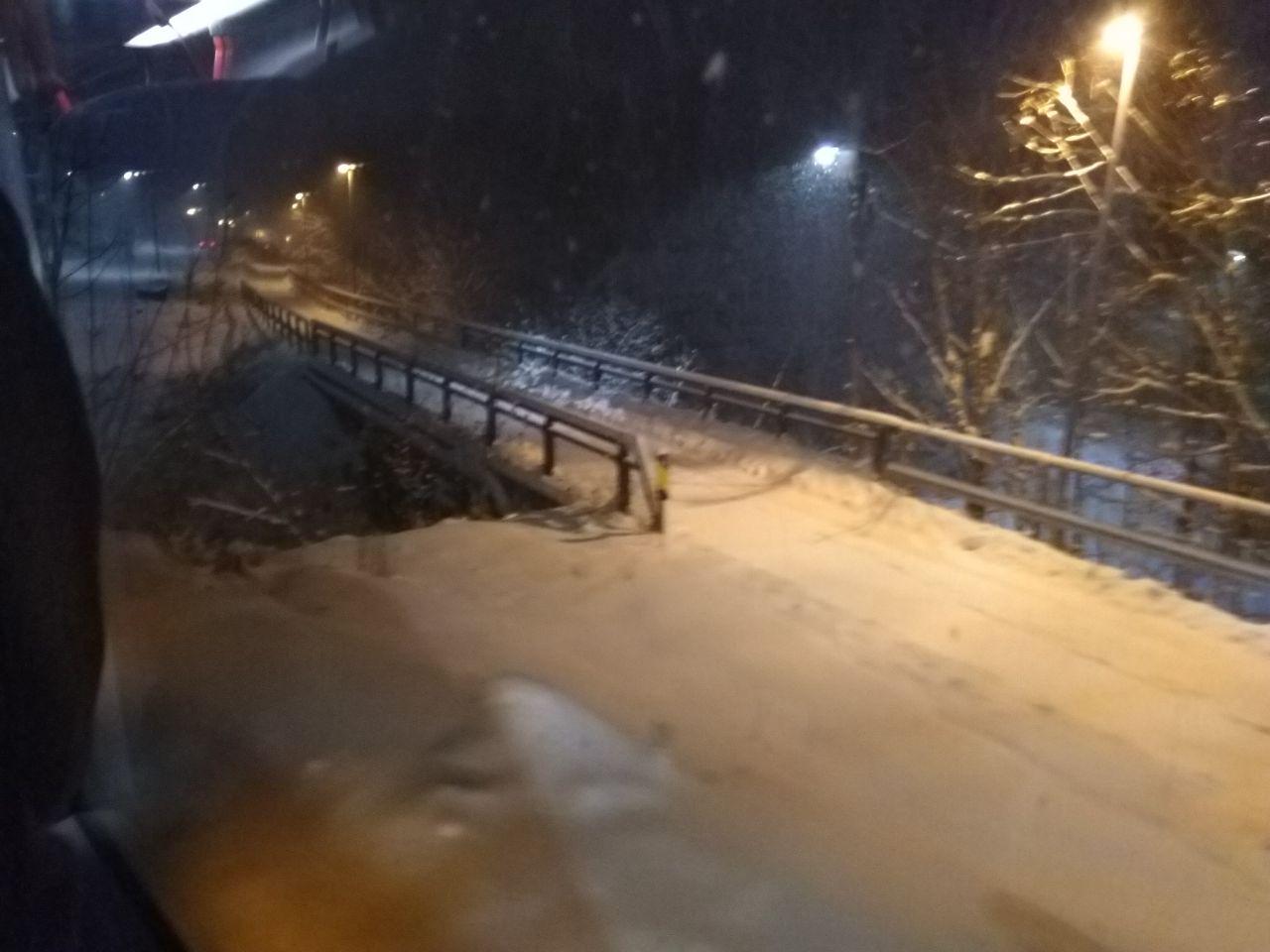 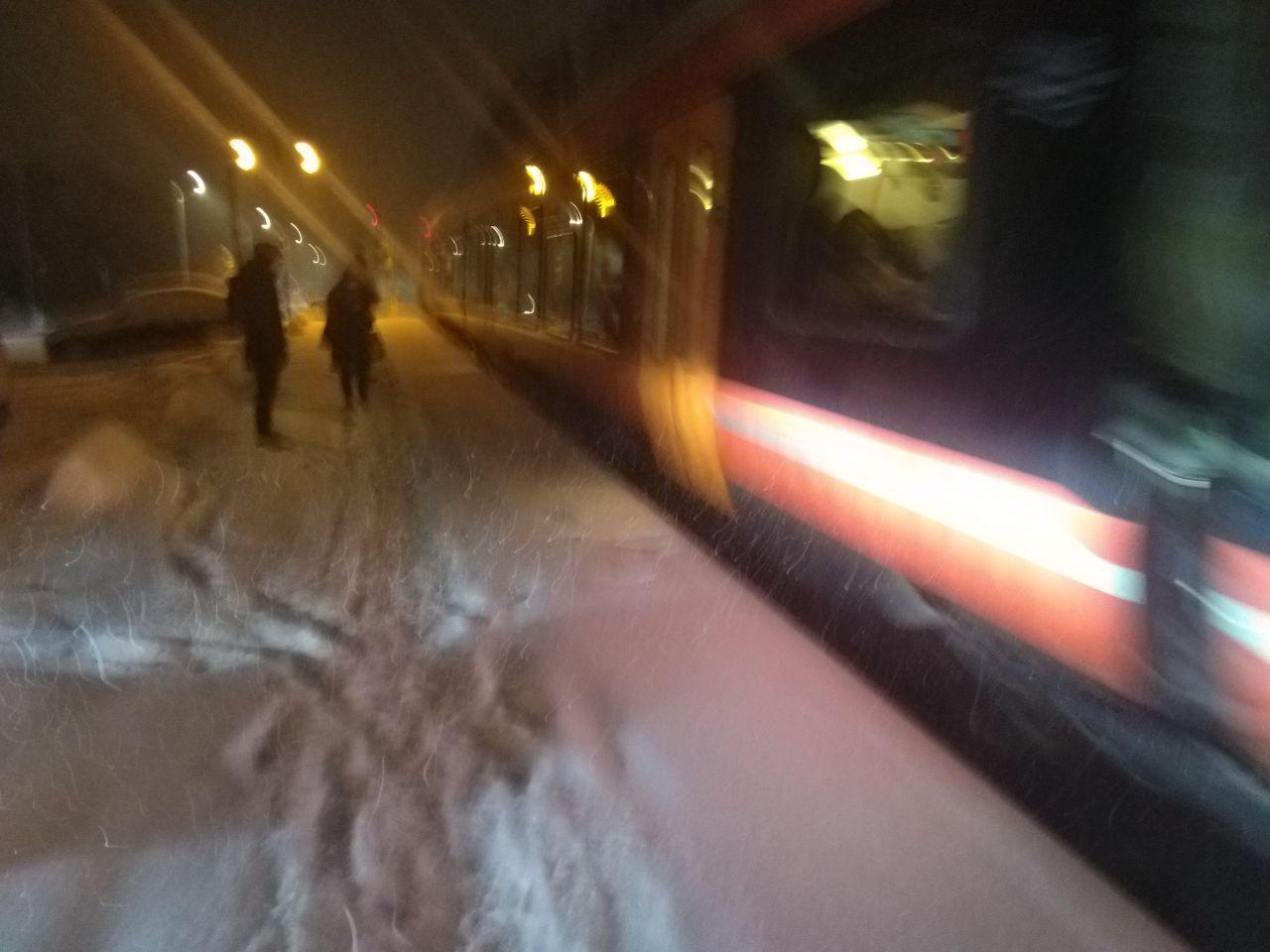 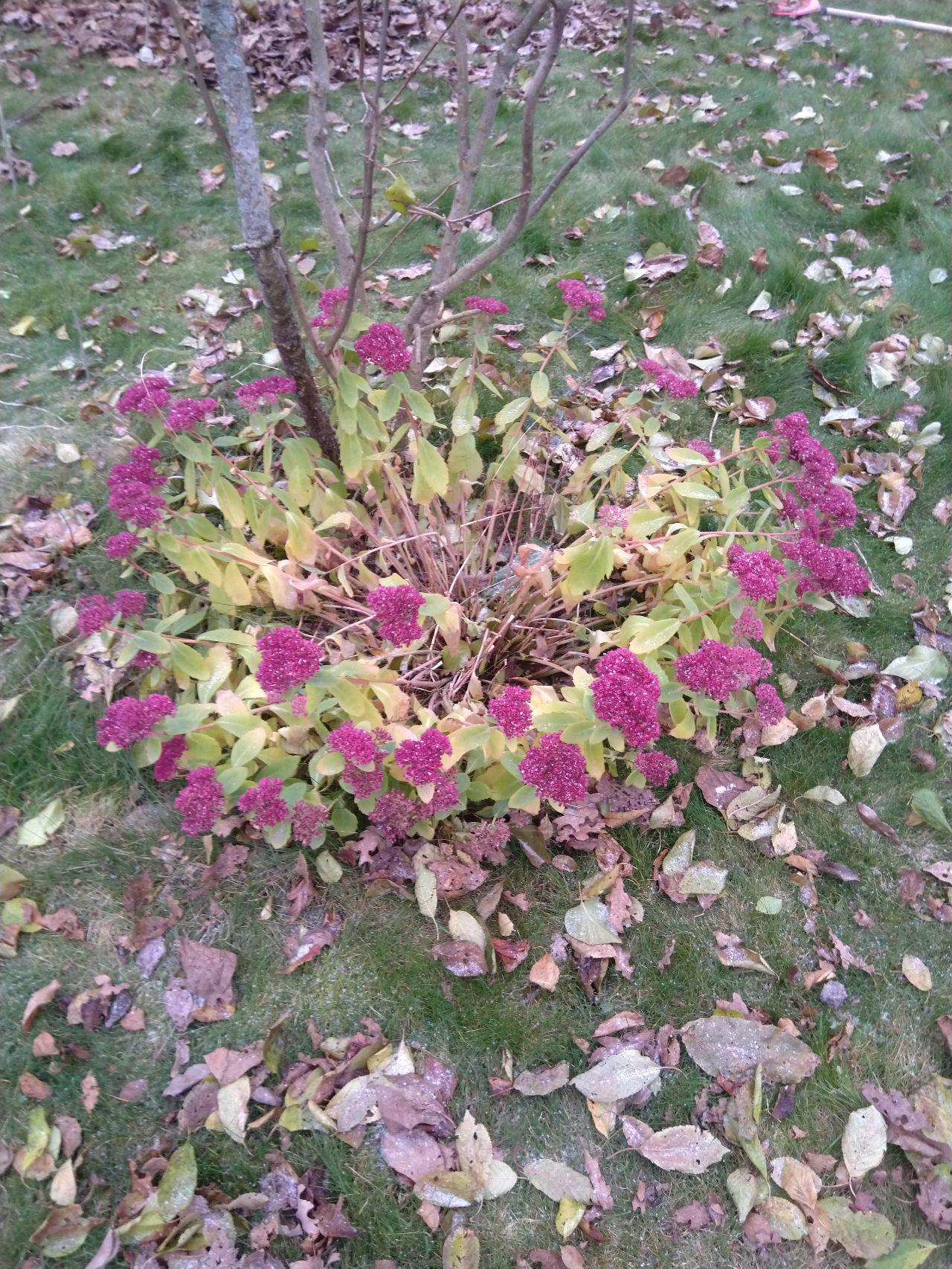 Today the first snow of the season arrived.

A friend of mine had asked me to help him with the drive belt on his snow blower and today we fixed it.

It turned out to be really simple: the fan attachment was held in place by four 13mm bolts. I took out four and loosened the fourth, pulled the attachment slightly away from the motor and then I could pull out the old belt and insert the new.