It is 0500 in the morning and I open the app launcher on my phone.

Do you want to: – text a random friend-of-a-friend or – do you want to call a project manager at work? 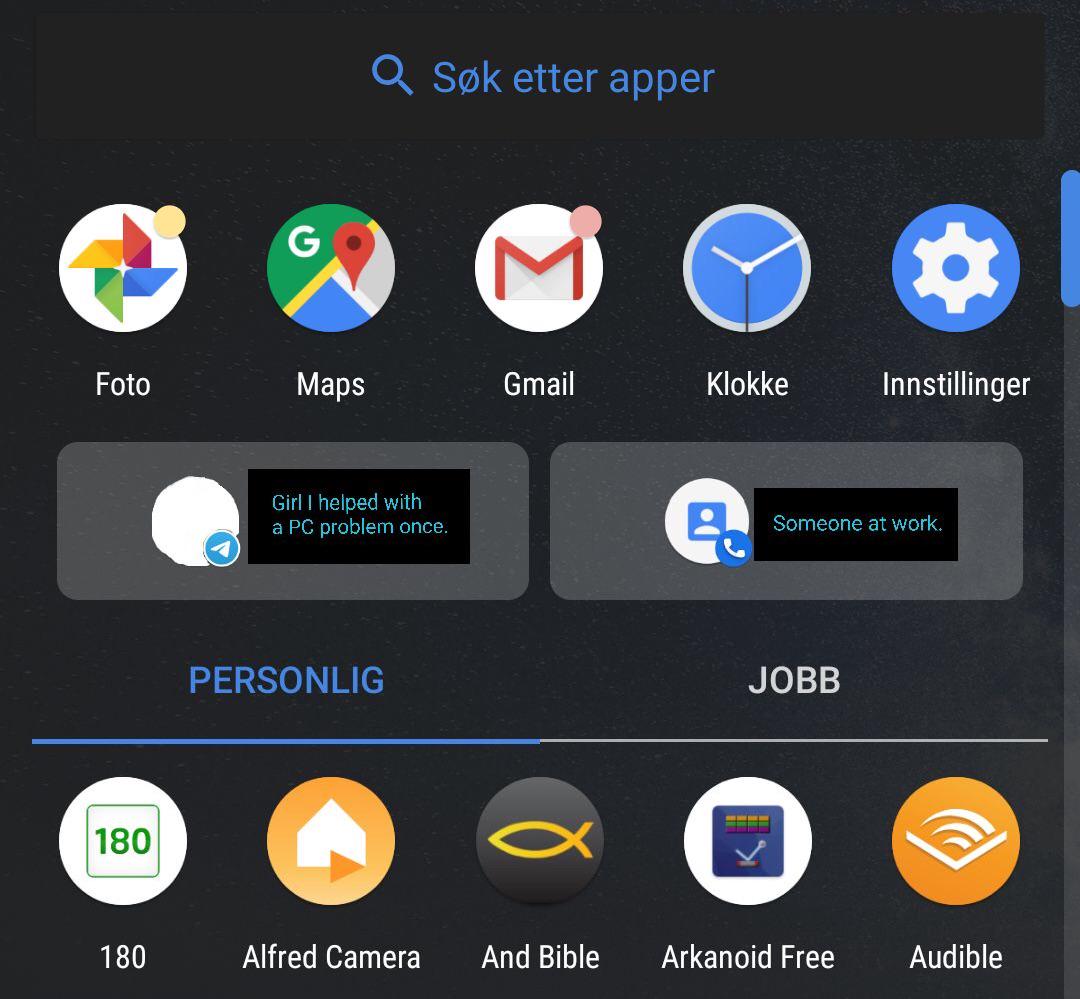 For the record, I might not be completely, boringly predictable but here are some observations I would have used if I were to suggest what I would be likely to do next:

This nicely sets the stage for my main point:

In my experience Google Pie AI can compete and win against Microsoft Clippy when it comes to being useless: While Clippy was predictable annoying and never learned, Android Pie AI is unpredictable dumb – and while it might not be as annoying and in your face it might be even more dangerous since it makes it possible to bother others as well.[0]

Why this is is a mystery to me, and while I have some high level ideas for why it ended up this way it seems clear it wasn't meant to be completely moronic, here's what Google said when they launched Android Pie:

Android 9 also helps you get things done faster with App Actions, which predicts what you’ll want to do next based on your context and displays that action right on your phone. Say it’s Tuesday morning and you’re preparing for your commute: you’ll be suggested actions like navigating to work on Google Maps or resuming an audiobook with Google Play Books. And when you put in headphones after work, you may see options to call your mom or start your favorite Spotify playlist. – Android 9 Pie: Powered by AI for a smarter, simpler experience that adapts to you

OK, so it failed once and did something funny, no big deal, right?

Not so fast: I have now used it for well over half a year and it still isn't even capable of figuring out what suggested apps to show me even in the simplest cases, in fact there is little rhyme or reason to it at all.

then I might need the app with my train tickets.

Either it just doesn't work on my phone for some reason or it is just broken.

In any case I have an idea for why this happens:

QA either isn't involved with Googles AI efforts at all or at least they don't listen to them at all.

Anyways, I might be giving up soon. I got an IPad recently, I like it a lot, and after 10 years with Android I I'm wondering if it is about time to try something else.

More AI fails here, and no, Google is not alone at the top: https://erik.itland.no/tag:aifails

[0]: An earlier version of this document said: “Clippy wins since Googles suggestions doesn't jump into my screen and, somewhat like a broken clock that is right twice a day it sometimes – more or less randomly it seems – manages to suggest something useful.“, but the victory wasn't that clear and after the not so brilliant suggestions today I'll say Googles AI won.