Just visited a meetup about IOT Edge devices where Rustam Mehmandarov and Tannaz N. Roshandel showed a reasonable new IOT device, the Google Edge TPU that is capable of doing object recognition at >100 fps while still being small enough to easily fit in my palm even when mounted on an easy-to-integrate PCB and with the optional camera attached.

In addition to showing a live demo and discussing development techniques they also discussed how this can improve on todays situation by allowing us for example to do recognition locally without having to upload pictures of everyone to Googles cloud wait for answers to come back (and hope they don't abuse it).

Part of me really liked these devices and part of me is scared: while Rustams first thought is reducing the amount of sensitive data that get shipped around all kinds of other ideas where thrown around as well in the discussions: how to work around Norwegian privacy laws and the GDPR etc.

Bad analogy time: I've been saying for a couple of years or so that data is a bit like diluted nuclear materials: mostly harmless in small amounts and properly contained, powerful and dangerous when concentrated and capable of creating massive destruction once it reaches critical mass or if used in a dirty bomb :–/

Anyways, this technology will be interesting to follow whatever people choose to use it for.

Side note: I'm on a train on my way home. We just got 5 minutes delayed in Drammen after a bloke with blood all over him refused to leave the train, swearing at the ambulance team who was there to help him.

He had an e-scooter with him and a long cut in his forehead so my guess is the poor bloke had crashed and got himself a real concussion.

This happened the other day when I opened Google Play: 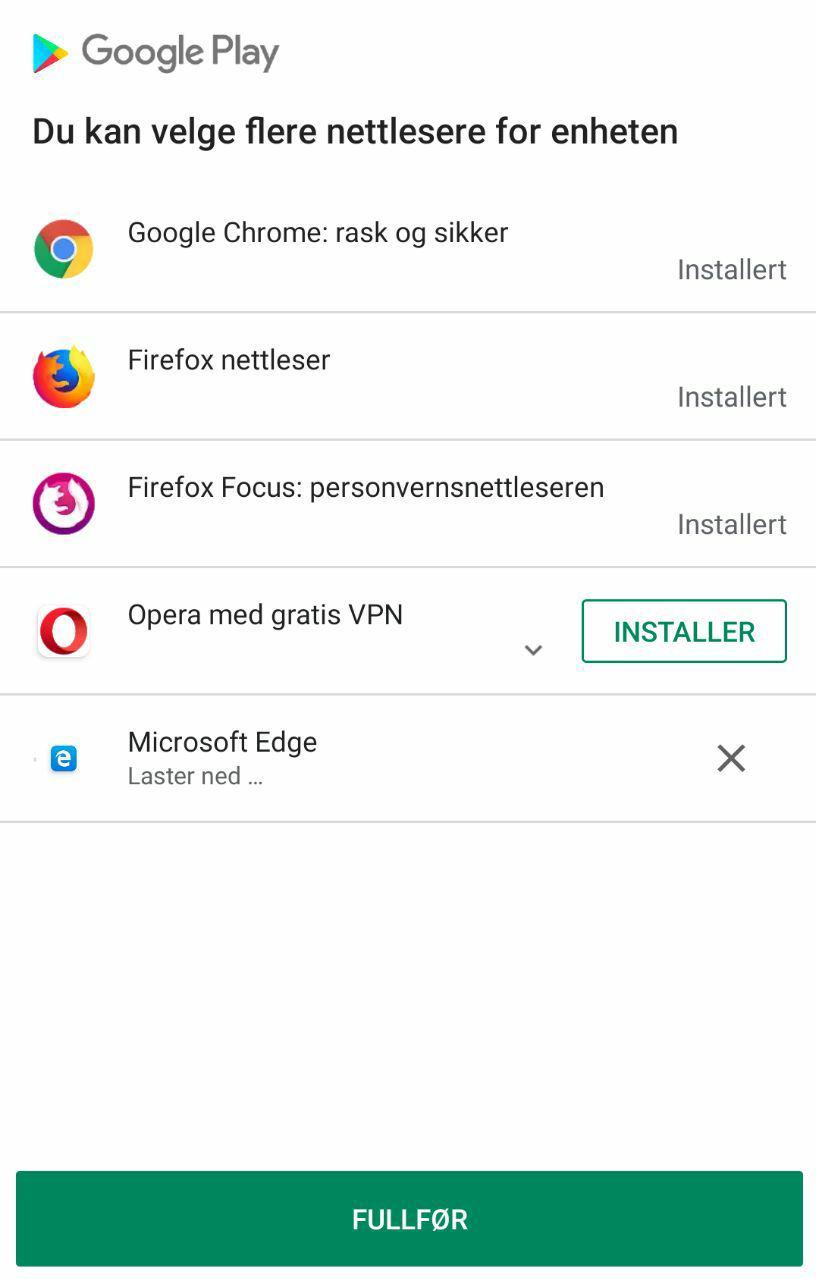 Above: installing Edge just to test the UX. No glaring dark patterns except putting Chrome at top but that might have been random for what I know. They even included a link to a description of how to switch default browser so I choose to file this under actually trying to do the right thing.