Did they say anything important?

I pointed out to the conductor who checked my ticket the other day that in the carriage I was sitting in the announcements was impossible the hear, even for a young healthy adult.

Considering that they – like flight attendants – primarily are there for safety reasons, this made sense to me.

She wasn't very interested and more or less asked me to report it on my own. I'll try to get around to that but based on previous experience I don't have high hopes.

At this point the person sitting next to me, someone working in a major railroad infrastructure company (judging by their ticket and their id card) turns to me to ask if there was anything important in the announcement.

There was no way I could know but this time it probably wasn't as the train continued according to schedule. But that is kind of missing the point: if the speaker is broken now it will also be broken if the train is stuck in a tunnel and a fire has started in one end and you need everyone to evacuate the other way.

In a time where conductors fight against privatization and (correctly) try to brand themselves as safety personell I think it might make sense to fight tooth and nail for the safety of their passengers.

Commuting by train in the summer here in Norway 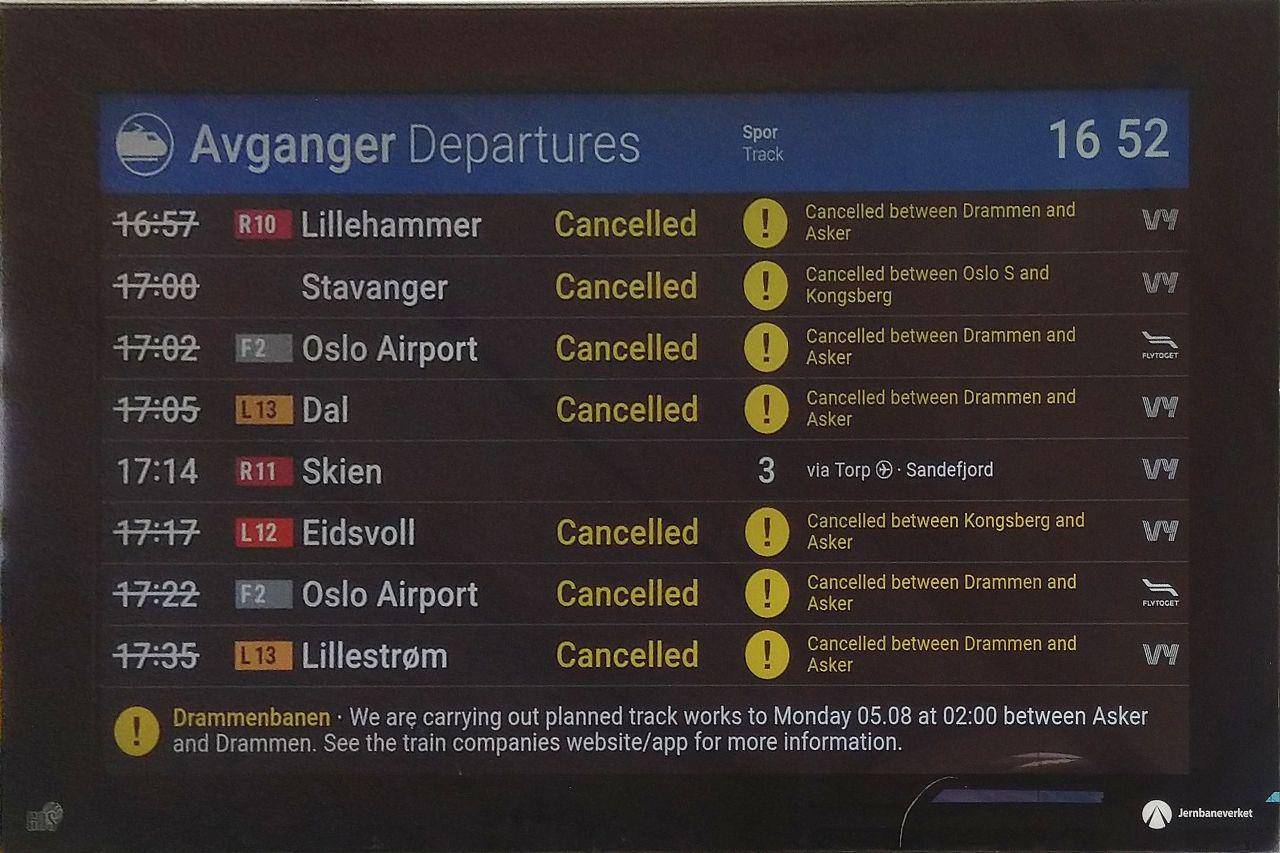 I'm tryingto be productive but so far on my way home today I have just read read.write.as and posted a couple of texts.

Going back to work after a couple of weeks of holiday

I'm at the train.

Have had two nice weeks off, went to visit the west coast of Norway with the familiy for the first time in a while.

I also managed to finish 3 audio books on Audible. One weird observation, audio books seems to keep me more awake and alert while driving than music or even talking do.

I'm feeling ready for work, not so much for the commute, it is now

This year however it has been a bit less chaotic than it used to be, at least this had been my experience.

As far as I'm aware this will be going on every summer the next few years so I'm wondering if it would make sense to get a motorbike at some point :–)